We study the two-dimensional bidisperse granular flow in a Couette apparatus. The granular system is continuously sheared by a rotating inner wheel. We track the position and orientation of every particle (thin cylinder) to study the rheology of the system with the method of taking photos and image processing. Besides, the force chains can be directly observed by mounting up two polarizers since the granular particles are made of photoelastic materials. The stress distribution can be studied by further image analysis.

Diffusion of particles in tangential and radial directions has been studied. In addition, Shear- jamming phase transition is observed in our system. Our current work focuses on the correlation between the local structure and particle-scale rearrangement in the granular flow. How do force chains start and develop or are them connected to Shear Transformation Zones (STZs)? Are force chains universal and are them important? We still have a long way to go. 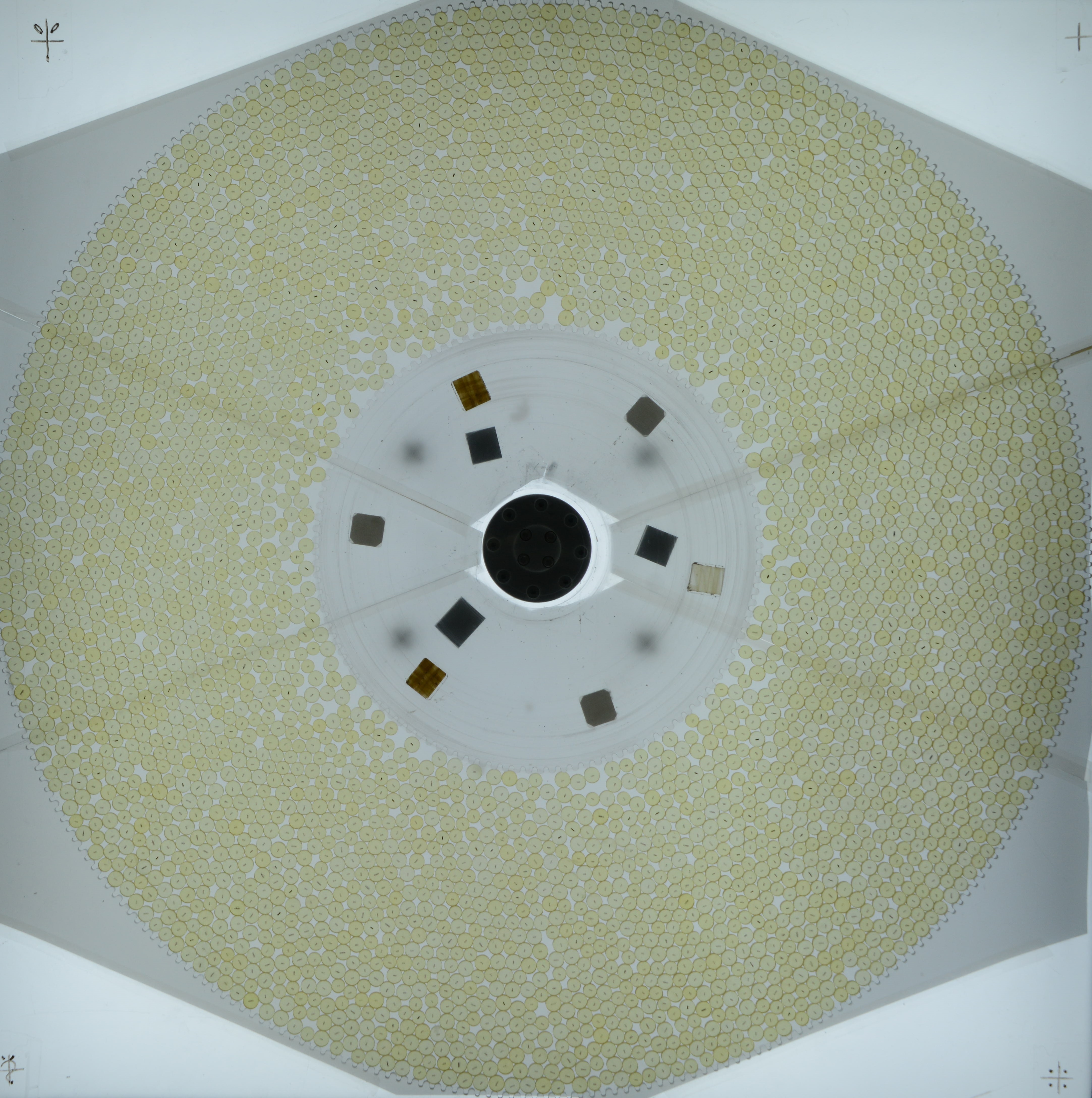 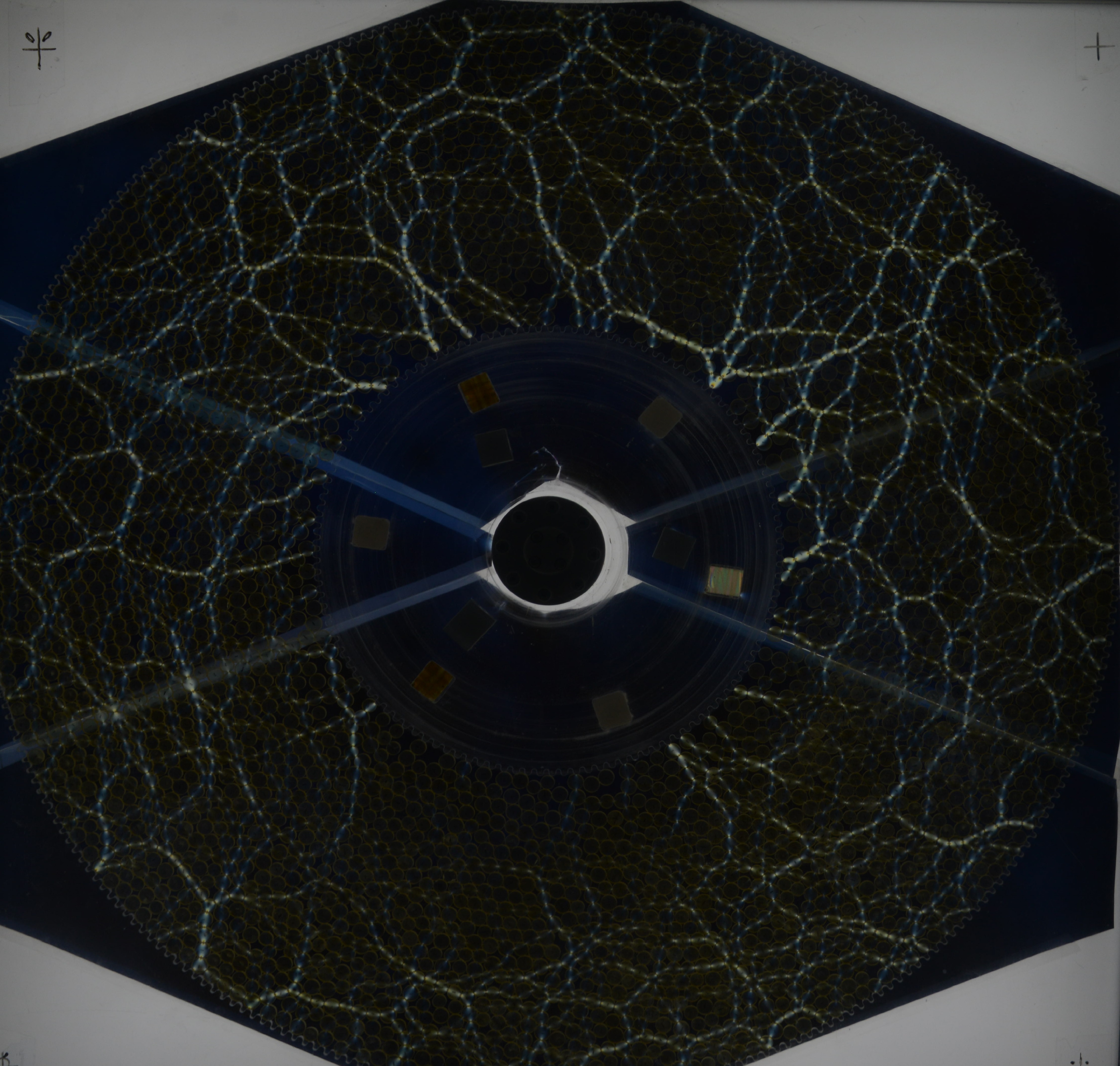 We adjust two PMMA cylinders to be co-axial to the minimal nuance. The vertical gap between the two cylinders is filled with bidisperse photoelastic disks and a single black intruder disk which is lighter than other disks. Then we fix two motors on the apparatus. One is to shear the granular materials near the bottoms of PMMA cylinders the and the other is to counter-drive the top part of the apparatus to keep what we are looking at in the middle of the view of two parallel cameras. One is for geometric structure and the other is for force chains.

The light intruder rises up in the granular flow when the granular system is sheared from the bottom. We define buoyancy in the system which pushes the intruder up against the gravitation. Our current work focuses on the correlation among the buoyancy, local structure and force chains. The liquid rope-coil effect of viscous fluid is a common nature phenomenon and needs to be studied quantitatively. Detailed measurement of coiling frequency was done and the frequency-falling height correlation was analyzed in this study. A high speed camera with ability to shoot 5000 pictures per second was used quantitatively to record the motion of this phenomenon. Silicone oil with viscosity from 1000Cst to 100000Cst is used in our experiment. Theoretically, the rheological transition is explained by an asymptotic model which simplifies the coupling between viscous force, gravity and centrifugal force. As a result, model predicts the analytic expression of coiling frequency as a function of falling height, and this relationship is examined by experimental result. Therefore, the model successfully explained the rheological transition in liquid rope coiling.

Moreover, experimental study of energy transportation in coiling process is conducted which is novel in this field and the results raise further theoretical problems open to discuss in the future. 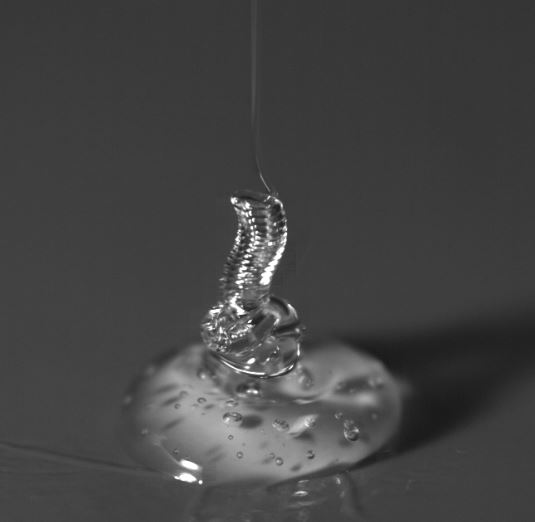